One of the most unique landmarks in Sri Lanka is Sigiriya, the Lion Rock. Most of the time when you imagine the site of an ancient city, you think of grand entrances, moats, walls, and carvings that take hours to explore via pathways and roads. This city though, is unlike any other I’ve seen. It’s nearly completely in ruin. All that exists of the both city and of the palace are foundations, a few paintings, and a moat. Oh, and the giant enormous rock on top of which the palace was built. The story of Sigiriya is an interesting one – it’s full of murder, family deception, retribution, and greed. In the 5th century, the King of Sri Lanka was killed by Kasyapa, one of his own two sons. Kasyapa wanted the throne for himself of course. After the murder, the King’s other son fled to India afraid for his life.

Kasyapa moved to capital city from Anuradhapura to Sigiriya, where he built his palace on top of the giant rock and built the new capital city around its base. He felt the rock would provide him fortress-style protection from his brother who may come to kill him in retribution for their father’s murder.

The city and palace were designed beautifully with gardens and reflecting pools and frescoes, though all that’s left now are foundations and a few paintings. The one notable piece of remaining architecture is the palace’s entrance on a landing near the top of the rock. It was designed as an enormous ferocious lion with an open mouth through which visitors would have to walk through the enter the palace. Unfortunately all that is left today of the lion entrance are the paws – a truly eerie and other-worldly sight. (And paws down, my favorite part of Sigiriya) Call it a hunch, but I’m pretty sure this is why it’s nicknamed the Lion Rock.

Visitors to Sigiriya can explore both the city ruins and the palace. Honestly, I thought the city was underwhelming. All that is left is a maze of rock walls, trees, a moat, and some scavenging monkeys. I would just skip the city and head right to the 1200-step stairway you must climb to reach the top of the rock. When the steps start, they seem harmless. Stone steps that get slightly steeper, slightly more narrow, slightly more intense. But they eventually turn into THIS. Not awesome for people with a fear of heights or claustrophobia. But they really are doable and they do feel sturdy. And trust me, seeing the lion paws and the views from the top of the rock makes this terrifying journey worth the effort in the end.

About halfway up the climb, you’ll reach one of the caves in which 1600-year-old frescoes of Aspara nymphs are painted along the walls. This is one of the few items that still remain from the original city. Considering how little protection there is here, they are shockingly well preserved. This rope and this guy are apparently all the protection these priceless paintings need. Keep walking. The views on the climb up are pretty amazing. Shortly after the caves, you’ll come upon a natural landing in the rock. You’ve finally reached the lion paws. Success!

This was my favorite part of the climb. When else will you see enormous rock lion hands? They are the most unique thing about this unique ancient city. Take a minute and enjoy them. But watch out for the hornets. Wait, what? The view from the landing The entire forest at the base of the rock is basically a breeding ground and community center for big scary Sri Lankan hornets. There are signs all over the grounds, like this one below, warning you to stay quiet and not to make sudden movements that could aggravate them. At the top of lion paw landing it can get so bad that they built a safe house for tourists in the event of a angry hornet swarm. Seriously. As it’s not uncommon for tourists to behave badly and disrespect nature, it’s understandable that hornet attacks are a concern here.

I am allergic to bee stings. I was very pleased that we had come so early in the day that we only shared Sigiriya with a few other tourists. Respectful, quiet, and slow moving tourists. So once you’ve passed the city, the Aspara frescoes, admired the lion paws and NOT been stung by any hornets, you’ll have to climb up that deathtrappy looking staircase I referenced towards the beginning of this post. I was a little scared I’ll admit. But I just held on, didn’t look down, and put one foot after the other. Before I knew it I was on solid rock again and amongst the ruins of Kasyapa’s grand fortress. You can walk along the foundations and admire the views out to the countryside – a truly stunning site. And if you are lucky, the resident dogs will sniff out the snacks you packed in your day-bag and beg for them oh so cutely. That’s it. Now you walk back down the deathtrappy staircases and through the hornet jungle to the parking lot.

While not that impressive as a ruin (save the lion paws), Sigiriya is definitely impressive as a unique bit of Sri Lankan history and natural landmark. I am glad we ventured up to the Sigiriya region to see it and and that we climbed all the way to the top.

I am also glad that I did not get stung by a hornet.

Practical Information
*There is a serious tourist price to get into Sigiriya. While locals pay only a few rupees, foreigners have to pay USD $30, though at least it gives you access to both the park and the museum.
*Bring water. Climbing stairs in tropical humidity is hard work.
*Getting here is easy via bus, taxi, tuk tuk, or bicycle. I scheduled a taxi to drop me at the front and meet me in the parking lot and it was very easy. You may want to ask your driver to stick around and wait for you instead of finding a new driver at the end.
Asiasri lanka 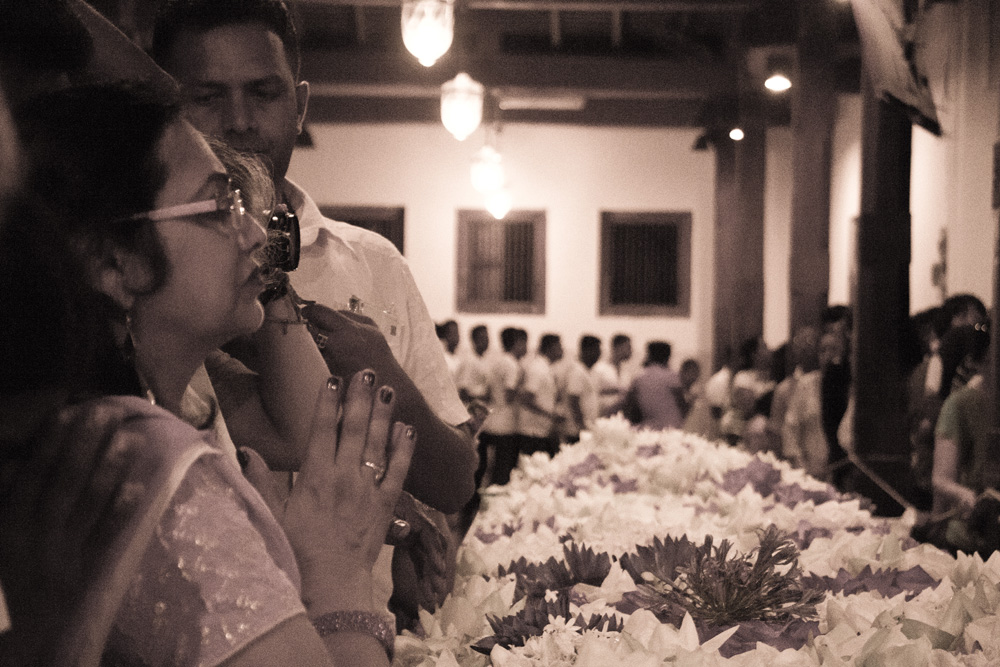 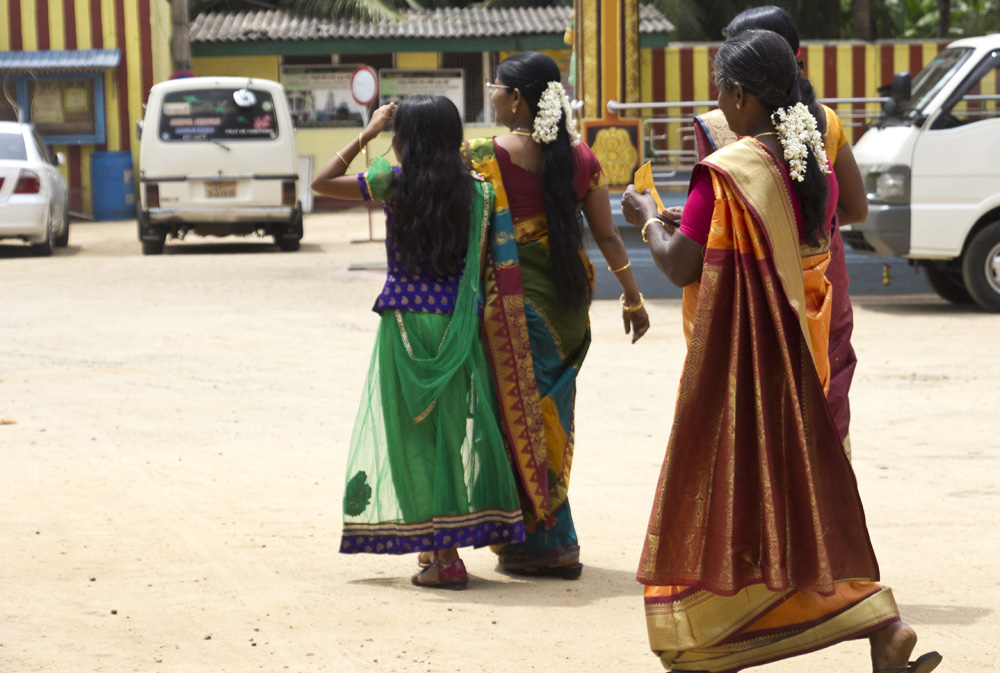 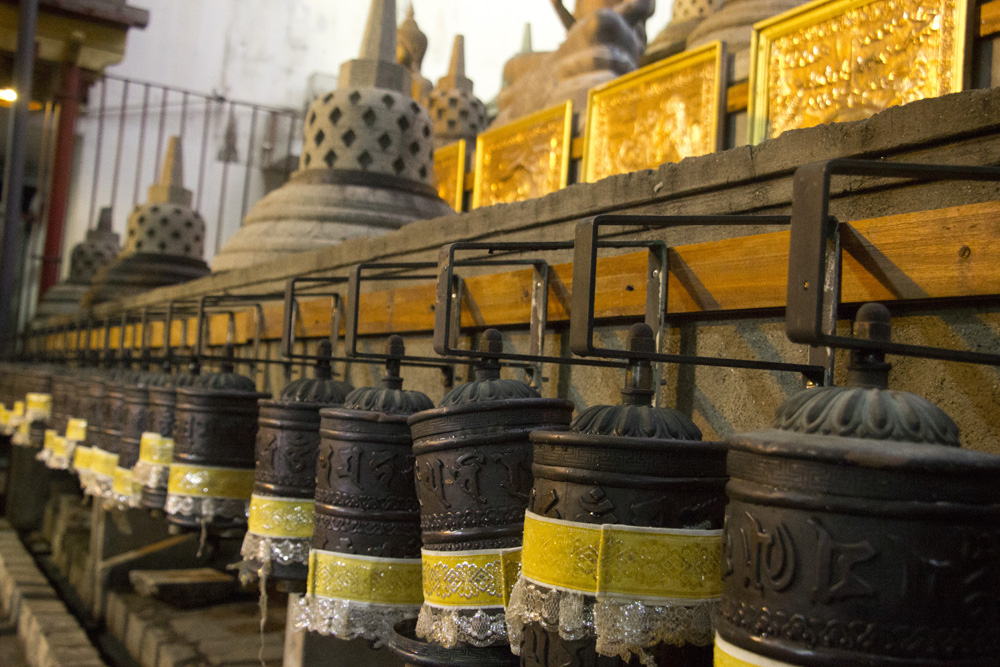